Through the website and word of mouth, we have received request for assistance in discipleship from all over the world!

In addition to the USA the Lord has given us influence in at least 7 more countries across 4 continents: Dominican Republic, Kenya, Tanzania, New Zealand, South Africa, Macedonia, England, and Fiji!

A man from Wilmington, NC who has been connected to M3 for years (and even served on the BoD) has started an M3 group through his church. They are meeting remotely, and people from all over are attending! Two of the attendees are from the Dominican Republic!

The influence in Kenya is so astronomical that it deserve a page of its own. You can access all of the updates concerning Kenya and what is going on there by clicking HERE.

Through our connections in Kenya, 27 pastors in Tanzania were also introduced to EMB/EWB. We are hopeful of the opportunity to disciple all of those pastors in the future! 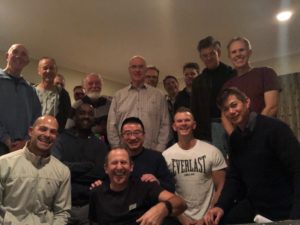 Pastor Neil reached out to us in 2018 looking for discipleship resources for
the church for which he was the executive pastor. We led him through EMB and then he began a group in his church (pictured here). Hayden who is the guy over the small groups at the church then took leadership of the group. Out of this group came a man named Eddie with whom we also met. He took EMB/EWB back to his workplace and started a Bible study there!

In 2019 Michael who is a pastor in South Africa reached out to us. He lives in the city of Durban, which is the 3rd most populated city in the country. 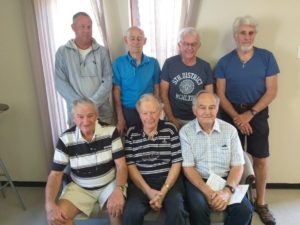 After we led him through EMB he then began a group of his own (pictured here)! That group has completed the first book. Additionally, he spoke with another man who has influence over all the churches in his denomination in the country of South Africa, and Michael shared with him EMB with the hopes of it being implemented in many or all of the churches in that network!

In 2016 we began to disciple a man by the name of Dragan Temkov (pictured here). He is

from Macedonia and found us through Google. We started to meet with him weekly and have been leading him through EMB for quite some time now. We are now in the 6th book in the series (more on EMB/EWB HERE). Dragan has since moved to London, England but still travels back and forth between his home country. He is very serious about the Lord and is constantly looking for opportunities to push someone closer to Jesus!

In addition to Dragan, we also led Pastor Joe Hayes (pictured here) through EMB! He pastors in the town of Dudley, and after completing book one of EMB he began a group of his own through his church!

In 2015 we discipled a pastor in Fiji named Jone Kataiwai. He was looking for assistance with a resource to disciple the men in his church. We led him through EMB. He also began an open-air preaching ministry!

We want to cooperate with the Lord and His mandate to make disciples to the ends of the earth!